The first workshop was held in March and focused on forest fire prevention, which continues to be a major environmental problem here in Guanacaste. The students received a book and a pin as honorary forest firefighters.

In July, the students visited the Tamarindo estuary and mangrove that is part of the Marina Las Baulas National Park, which is a Ramsar site, noted internationally for its importance as a protected wetland. We observed crocodiles, water birds, hawks, howler monkeys, iguanas and crabs, among other species. We learned about the importance of not feeding wild animals as to not affect their natural behavior in the wild. We also learned about the importance of mangroves as ecosystems for protecting marine life and serving as carbon filters.

In August we went on an educational field trip to the Monkey Park Center, a non profit wildlife and rehabilitation center. We learned about importance of wildlife and the many challenges they face such as illegal trafficking, abuse, being kept as pets, being fed by humans in the wild which alters their behavior, etc. We had the opportunity to see many different species of animals including the scarlet macaw, crocodile, ocelot, marmosets, spider monkeys, yellow chested parrots, owls, etc.

In September we had a review session where we played a memory game to recall all that we had learned about wetlands. We also held a workshop on the proper separation of trash and recycling. The children all received a special poster and the book ¨The Nature Gaurdian¨. In Octobre we had another review session on wetlands.

Finally in December, 11 students graduated from the 2018 Nature Club Program. The graduation celebration consisted of a review of all of the major themes we had studied during the year including recycling, wetlands, wildlife conservation, the prevention of forest fires, and the scientific method. We also had a special surprise visitor – Toño Pizote, the forest fire prevention mascot of Costa Rica. We were thrilled to celebrate another fantastic year of environmental education for the children of Matapalo. Many thanks to the staff at Seis Playas Hotel for helping to make the celebration so special.

Many thanks to the coordinator of the group, Biologist Rocio Fernandez for her dedication to this important program! Your work is inspiring the next generation of Costa Rican biologists! 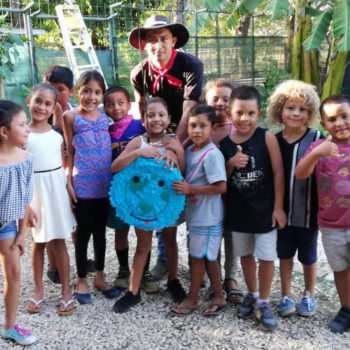 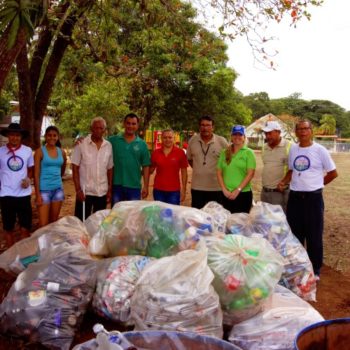